Capernaum, Mount Carmel and a Glimpse of Jerusalem

Sunday's journey took us to only two sites, primarily because this was the day we finally made the two hour trek to Jerusalem.  We had one more stop to make in Galilee, and this is the one I was most looking forward to.  Our morning started off in Capernaum.

Capernaum is on the northernmost side of the Sea of Galilee, and according to our guide, was the second most affluent community besides Migdal during Jesus' time. It is just to the west of the Mount of Beatitudes, where Jesus taught and where the feeding of the 5,000 took place. Walking through the gates of Capernaum, I knew I was in for something special.

We stopped first in a small garden, where our guide oriented us to the architecture in the site. I didn't realize it at first, but I was right next to the synagogue of Capernaum, where Jesus would have certainly taught.

I love architecture and archaeology, and I found this site fascinating.  One could date the walls of the structures by the types of stones that were used in construction. This was a region of volcanic activity which brings with it a lot of darker basalt rock in the structures.  Later structures were built with a different type of rock, lighter in color. The original synagogue here had been destroyed by an earthquake and another structure was built over it, but you could clearly see the original stonework in the lower portions of the walls.
Rock walls outlined the many homes that surrounded the synagogue - and as our guide told us, the closer your home was to the synagogue, the more affluent you were in the community.  Peter's house was less than 50 yards from the walls of the synagogue.  That fact alone changed my view of Peter.  He had to have been well off.  His home was larger than most that I saw here.  He would have had a lot of pull here, too - and having Jesus as his house guest made his home the center of activity for the entire community. 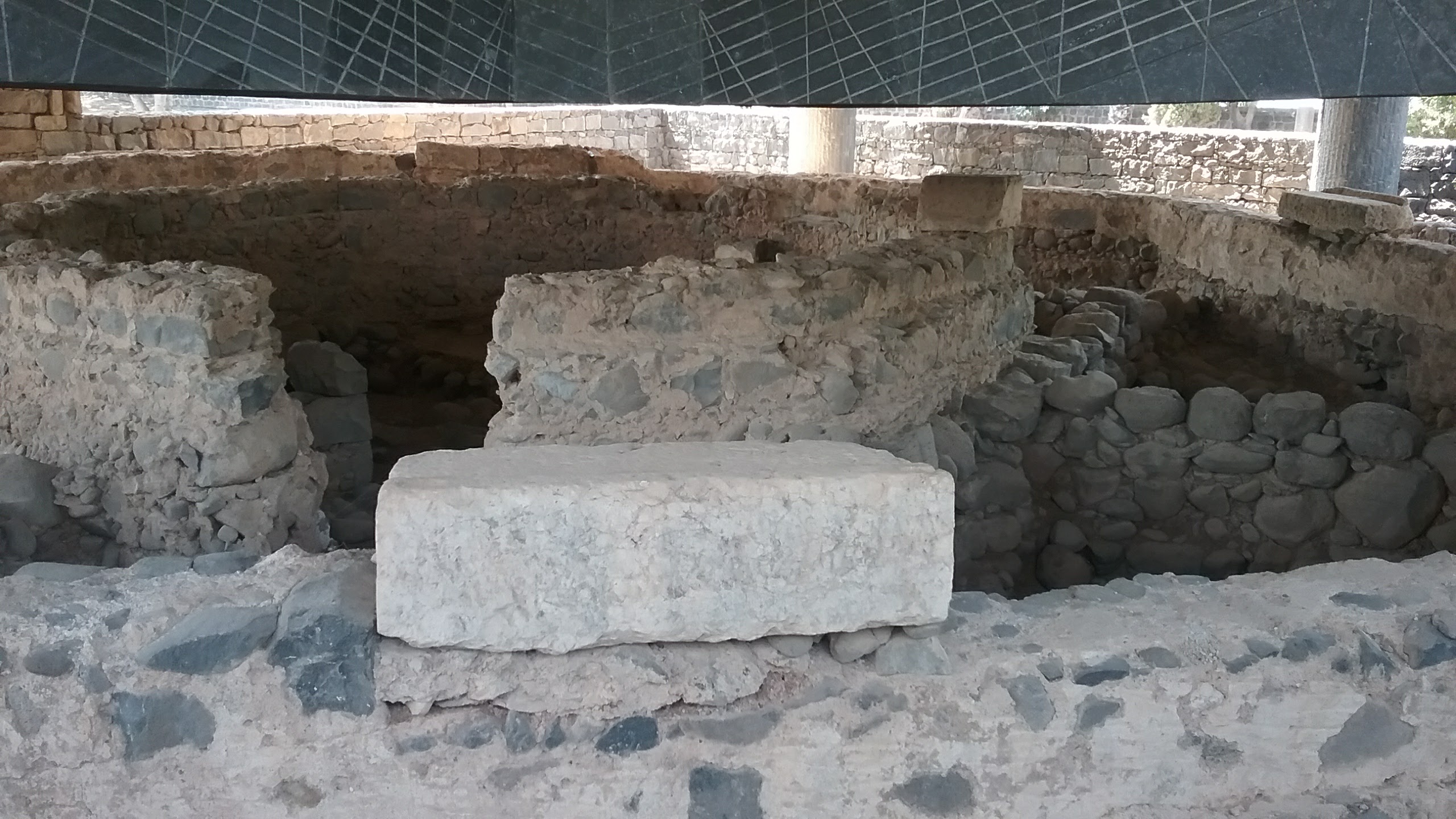 His house would have been busy with all that happened here.  Peter's mother-in-law was healed here by Jesus.  The paralytic man with the four friends who lowered him through a rooftop to get him to Jesus?  That was Peter's house.  Right there, in Peter's proverbial living room, Jesus not only forgives the man, but makes it so the man could walk out that front door on his own power. (Or should I say, the power of God!)

There is a church built over Peter's house in Capernaum and while I was not able to go inside, I could hear other groups of people worshiping and singing to God. I have not heard a better rendition of "How Great Thou Art" in my life.

Our next stop involved a drive to Mount Carmel - another powerful moment on this trip.

As we drove to Mount Carmel - which is the site of Elijah's confrontation with the prophets of Baal - we drove through the Jezreel Valley. As we did, we studied the story from 1 Kings 17 and 18. The Jezreel Valley is a lush agricultural region now but if you read in chapter 17, Elijah had proclaimed a drought in the land - a three and a half year drought.

When the people heard word that Elijah was about to battle with the prophets of Baal, the people would have looked up to the peak of Mount Carmel, awaiting word of what the prophet would do.  I couldn't help but imagine what it must have looked like when fire came down from heaven and consumed Elijah's sacrifice, and to have the rains finally come. Here is a photo of a statue of Elijah at the site of the victory: 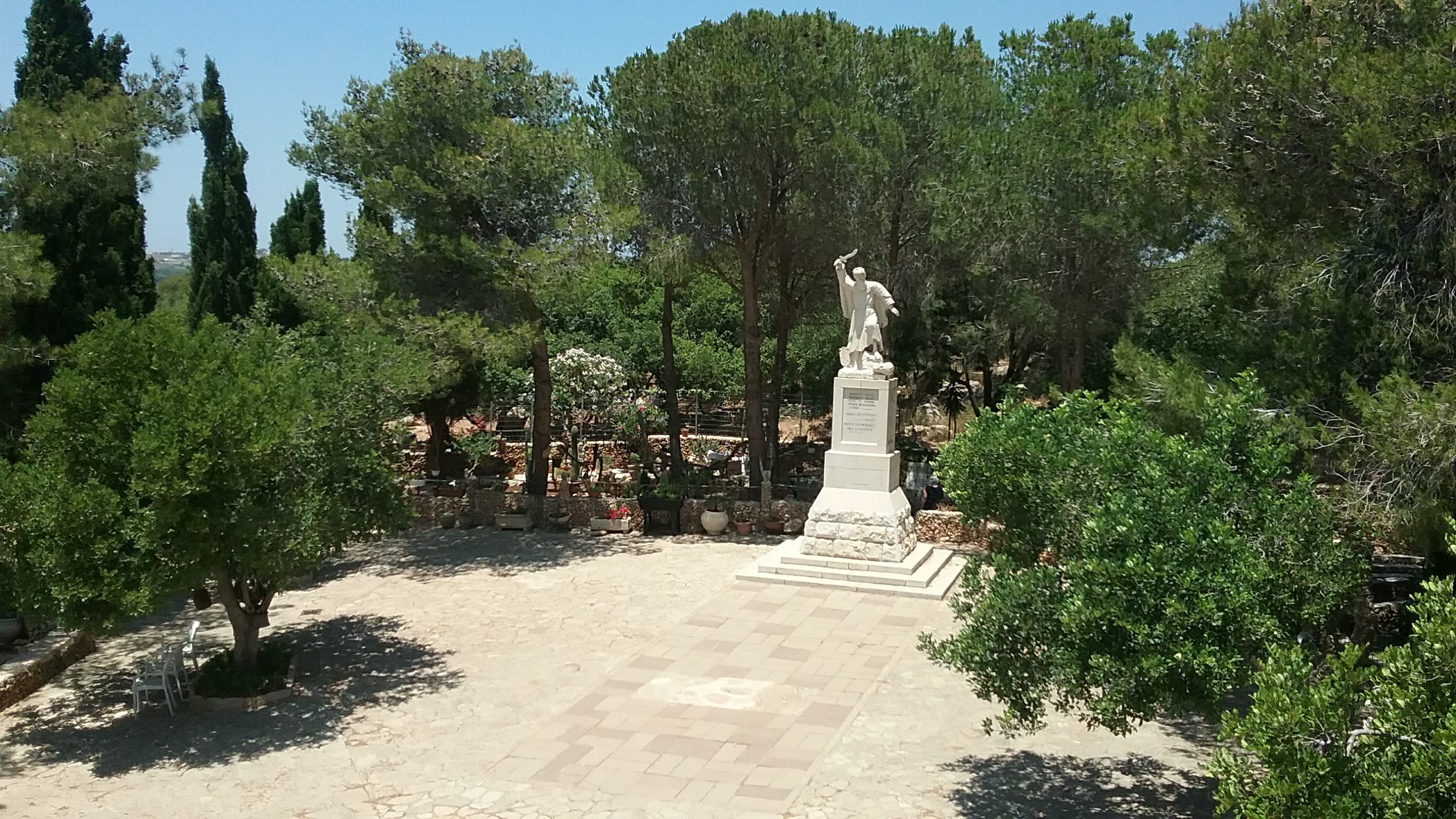 The view from Mount Carmel is stunning - you can easily see Mount Tabor and Mount Gilboa, which frame the valley. Besides being known as the Jezreel Valley, this valley is also known as the Valley of Megiddo, or the Valley of Armageddon. We all found it interesting that there was a military airport in the middle of the valley. 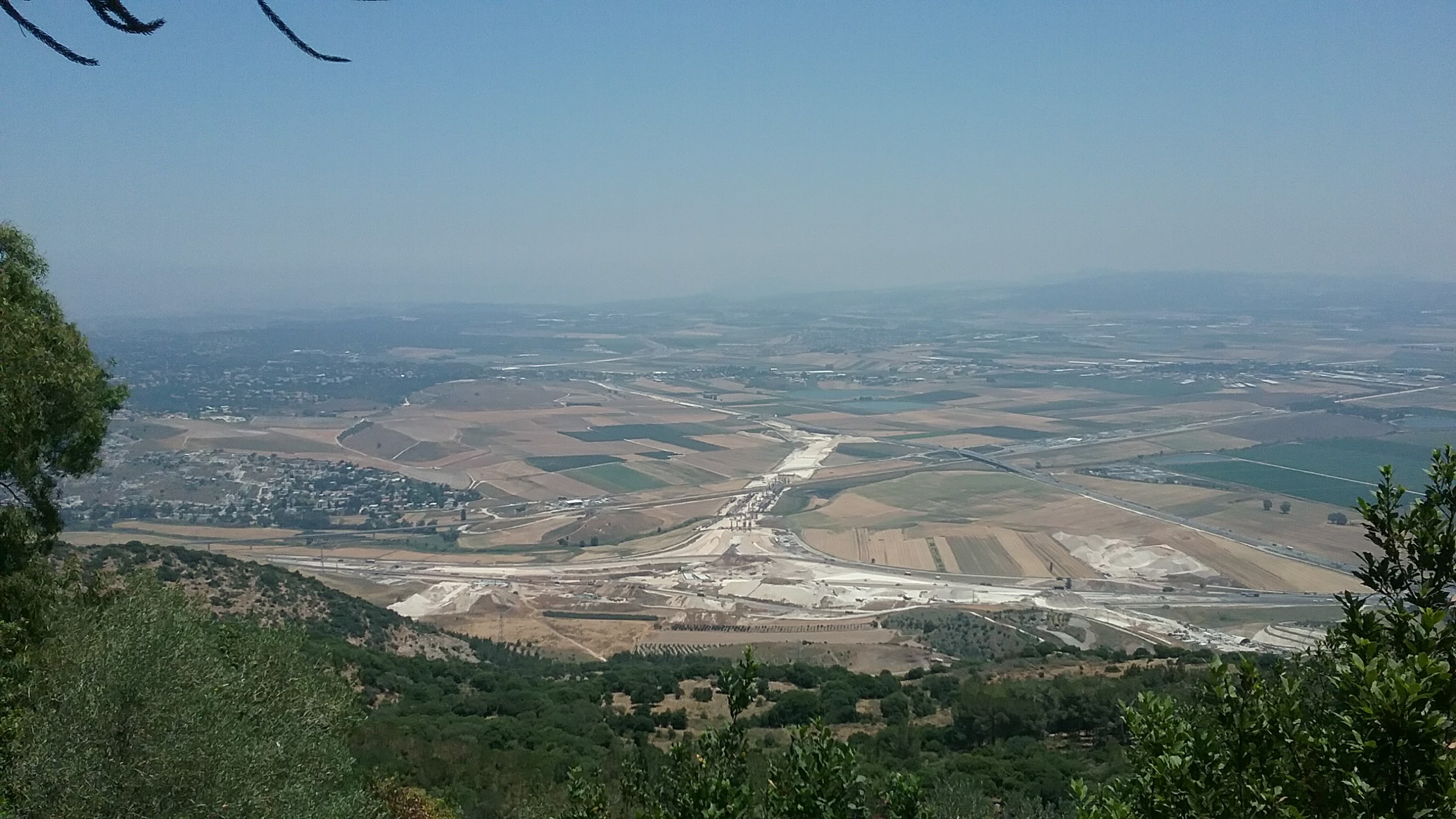 After Mount Carmel, we made the journey to Jerusalem, for our very first look at the city.

We were singing and praising the Lord as our bus climbed the mountainsides to the most incredible vantage point.  There, we could see the entire Old City. 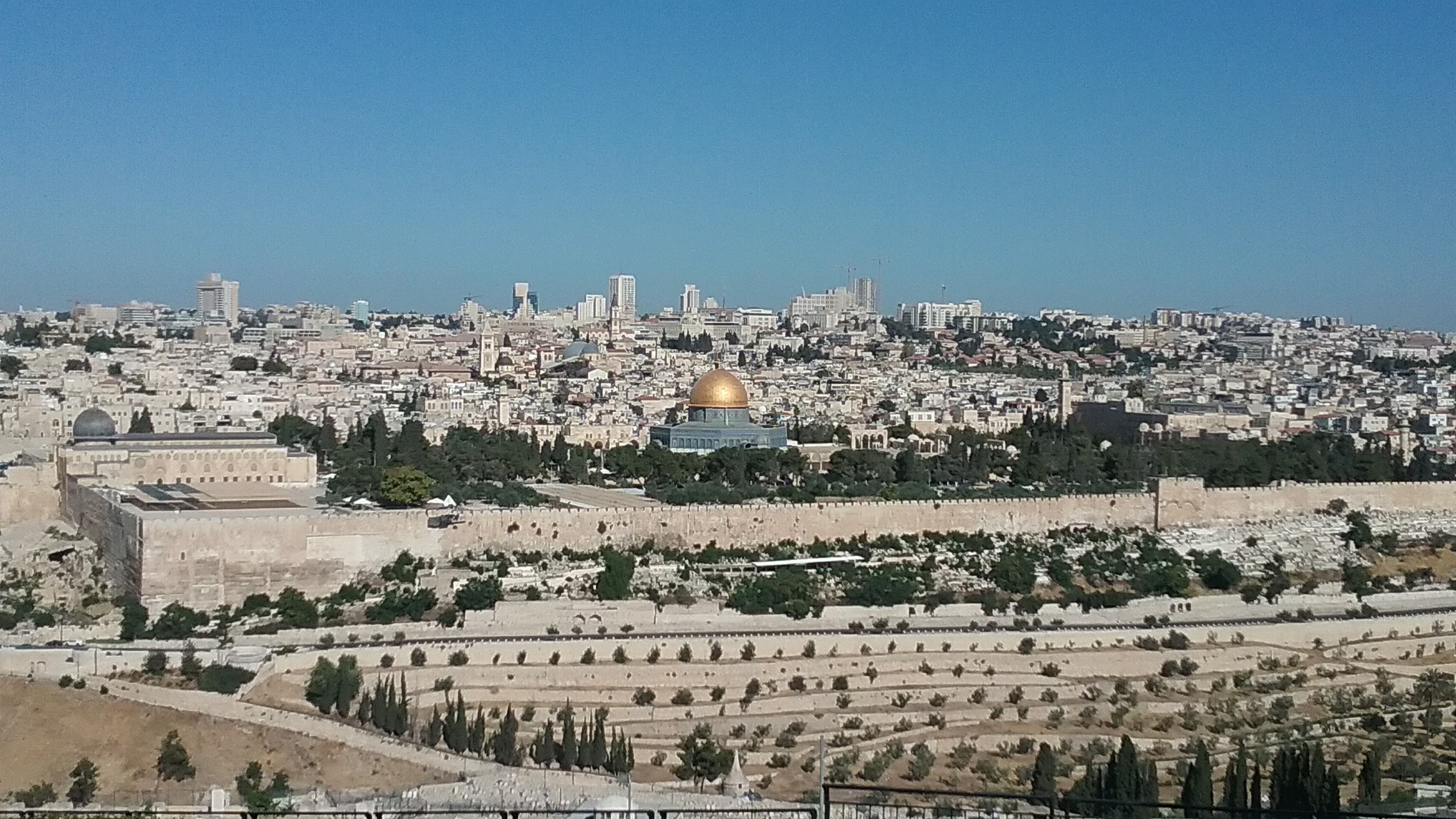 Monday takes us into the heart of Jerusalem, to the Mount of Olives, the Garden of Gethsemane and more.  Thanks for reading!