Saturday's adventure in Israel took on a much different flavor as we departed briefly from our tour of the Biblical sites and ventured more into the political landscape of the country..

Not to say that the two aren't intertwined because they certainly are.  My experience with the people in Israel has offered a great deal of revelation into world politics and the utter importance of keeping Israel - ALL of Israel - in Jewish hands.  I won't delve into more of that here except to say that today's experiences have shown me both the confidence of the Israeli people in God's divine hand on their country, and the reality of the threat they face every day.

Our trip took us to the Golan Heights - a mountain range on the far northeast edge of Israel.  If you recall the times in the scriptures where Jesus went to the other side of the Sea of Galilee, he would have likely landed in the Golan Heights.  This is the place where Jesus cast out the demonic spirits in the Gadarene man in Luke chapter 8.  This area was also known as Bashan, which was promised to Abraham in Genesis 15 and was assigned to the tribe of Manassah in Joshua 13. As we drove further north through the Golan, I felt very much like we were in Colorado, with cliffs, evergreen trees, and hairpin turns.

Mount Hermon is the highest point in this mountain range, but is over the border in Syria. 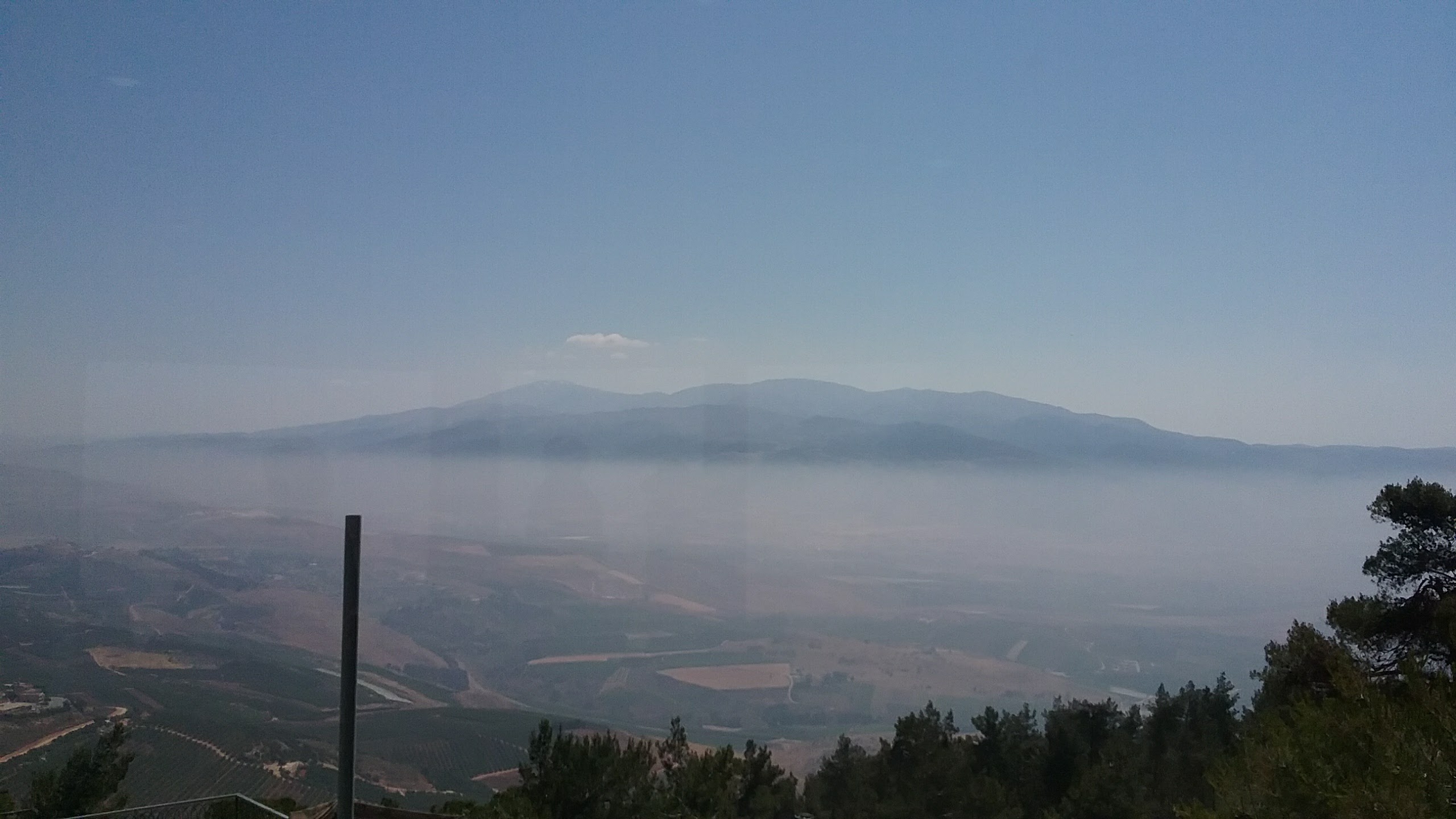 What I didn't realize as we were driving was how close we were getting to the border.  Right over the chain link fence is the country of Lebanon. 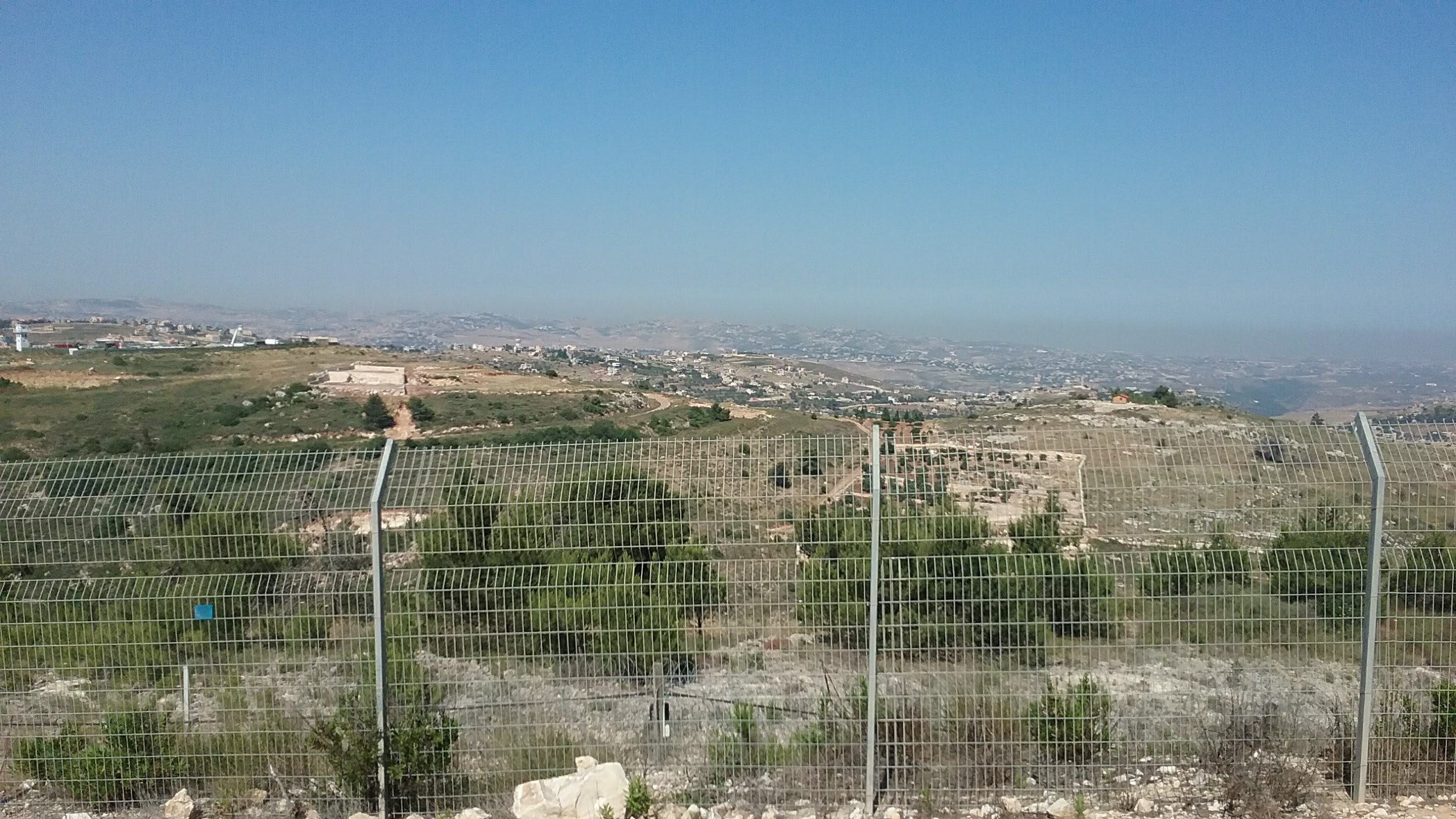 Our first destination was a kibbutz called Misgav-Am, located near the northernmost tip of Israel. Here we met the most interesting man - Aryeh Ben Yaakov.

What was immediately noticeable about Aryeh was the fact that he was armed with a holstered .357 pistol.  He wore a cowboy hat and had a bravado that would knock you over. When I learned that he had come to Israel from Cleveland in 1961, I was definitely intrigued. 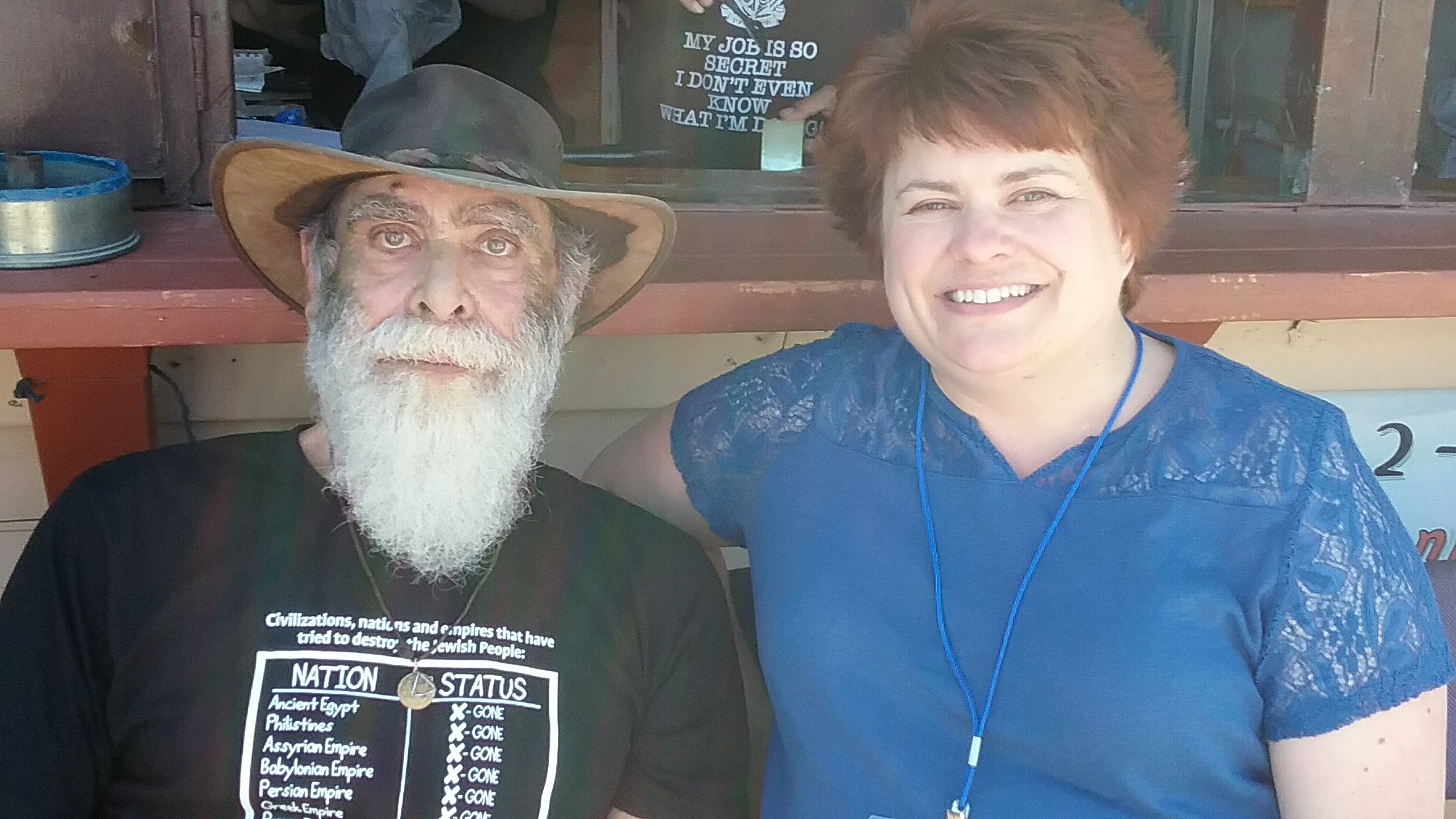 Aryeh is the manager of the kibbutz and shared his story about his time in Israel. He came to the country in 1961, joined the Israeli Defense Force upon his arrival and became a paratrooper. He served four tours of duty, became a decorated veteran of the IDF, and was one of the paratroopers that placed the Israeli flag at the Temple Mount during the Six Day War in 1967. Having him at this particular kibbutz made all the more sense to me, as he went on to explain where we were at and the political tension of the region.
Misgav-Am is indeed located high on a mountainside touching the border with Lebanon, and Syria is just a few miles away.  I took a panoramic video of the view.  The beginning of the video starts with the Mediterranean Sea, and continues with a view of villages in Lebanon, and ends with a view of Mount Hermon in Syria.

Aryeh went on to explain that the villages we were looking at in Lebanon were all under the control of Hezbollah. There, anyone is allowed to build homes tax free, without government control, save for one regulation.  The first floor of your home belonged to the Hezbollah. The Hezbollah could seize your home at any time and use it as cover for a military strike against Israel. Aryeh went on to explain that many structures were built and remained unfinished, for the sole purpose of  providing cover for the Hezbollah fighters.

"This is Israeli Texas," Aryeh said, noting that living at the kibbutz meant both making a living in agriculture and being a military listening post for the Israeli army. Aryeh went on to share his passion - a passion shared by every Israeli I have met - to protect, defend, and keep all of Israel in Jewish hands.

After our time in Misgav-Am, we traveled to another significant site in the Golan Heights - the Valley of Tears of Kuneitra - the site of a battle during the Yom Kippur War of 1973. There we met Raanan (Rani) Levy, who shared much with us about the political climate of Israel during the 1960s and 1970s, as well as today.

A monument was built to honor those who gave their lives in this battle, a battle where Israelis were greatly outnumbered but miraculously stopped an attempt by Syria to advance into the Golan Heights.  What was most interesting about this place was that as we talked, we were staring at a village on fire in Syria, due to skirmishes that had taken place in Syria's civil war. 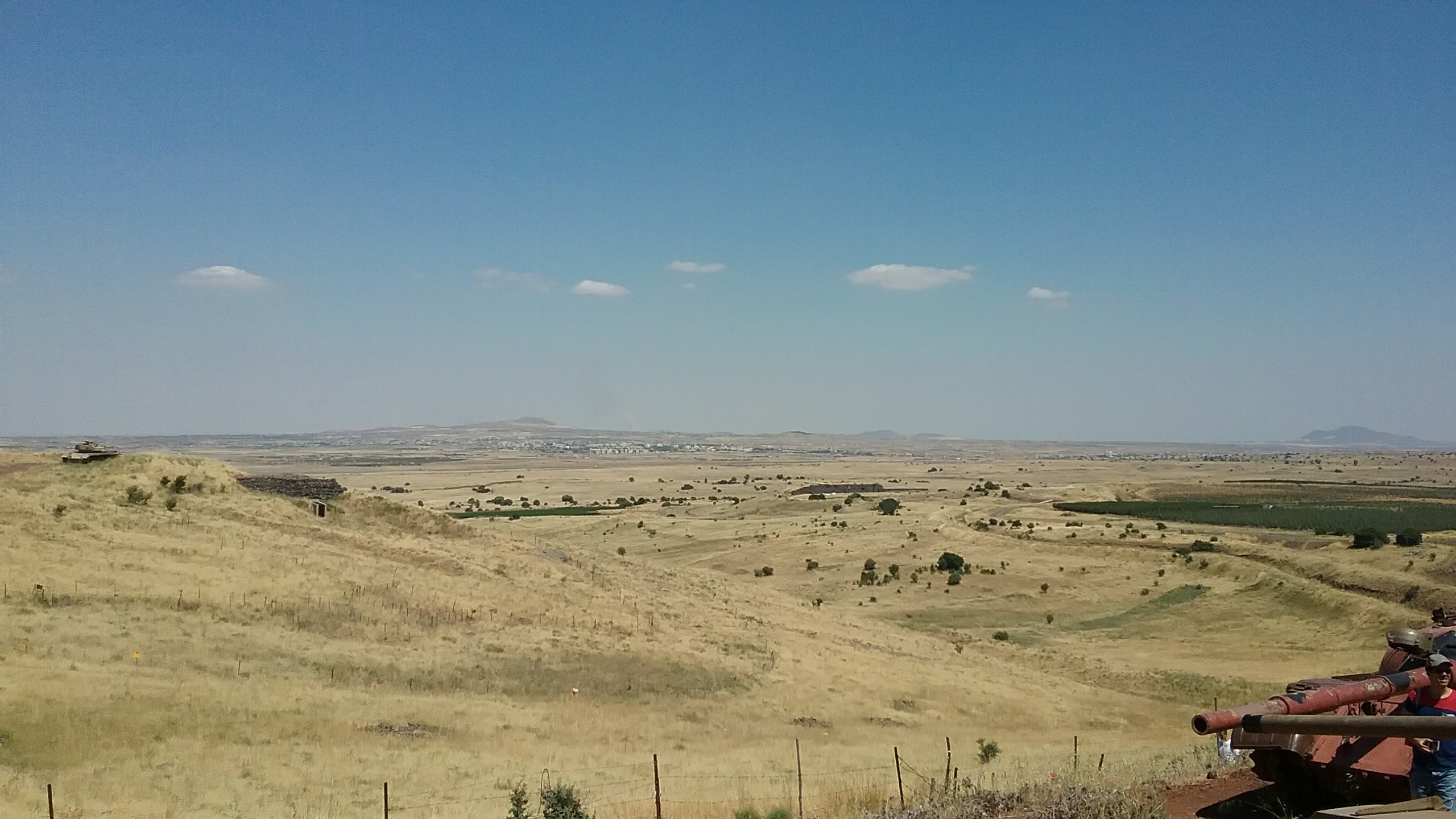 (I should note that one of my travel companions visited this site two years ago, and while she was at a site near the Valley of Tears, her group saw a bombing just over the border into Syria that killed 26 people. That bombing made national news.)

All in all, I came away from today's travels with a greater sense of urgency in my prayers for the country and a deeper appreciation of the pride the Israelis have in their country.  These people are fighters, and as our new friend Aryel said so eloquently, "God is on our side."

Our travels take us next to Capernaum, Jesus' home base of ministry, and then on to Mount Carmel and the site of Elijah's confrontation with the prophets of Baal.  We'll be in Jerusalem by nightfall. Shalom from Israel!