On the shores of Galilee

Friday's journey in Israel kept us very close to the waters of Galilee - in fact, every activity we did had something to do with the water.  We started off our day with a  boat ride to take in the view of the vast shoreline. Here you can see the cities of Tiberias, Migdal and the region of Tabgha. 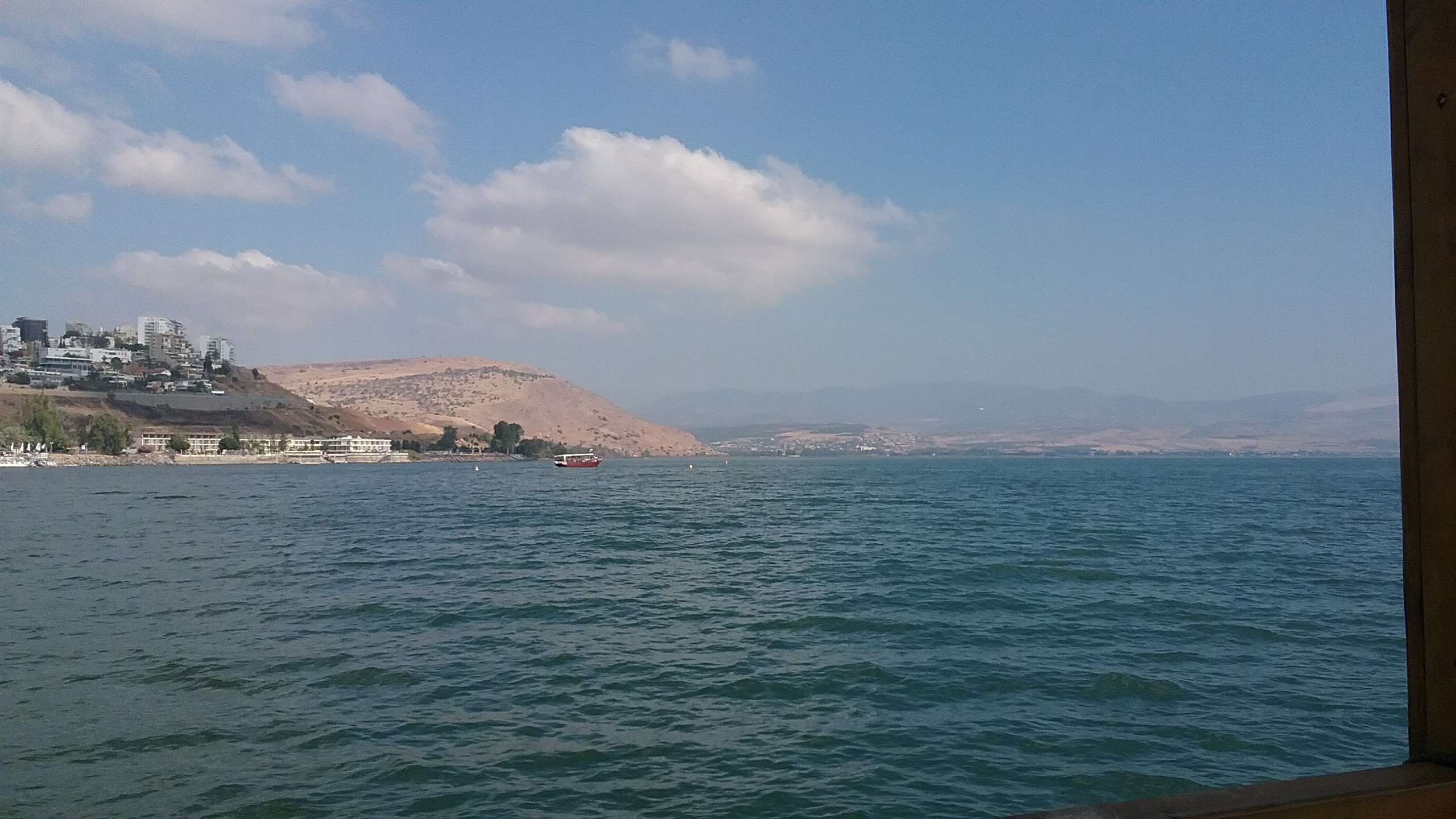 As we rode through the water, I couldn't help but reflect on a couple of things out of God's Word.  While not a still day, we were there on a beautiful morning.  The waters weren't choppy and the wind was not at all strong.  I wondered to myself just how many storms popped up on this body of water in the scriptures, and how such fierce storms could come up on a Galilee fisherman so fast.  Our guide gave us an explanation.  With warm winds from the Mediterranean, and colder winds from the Golan Heights meeting in the bowl-shaped valley that is Galilee, the perfect conditions for storm activity are almost guaranteed. Our guide told us that by two o'clock in the afternoon, strong winds begin to whip through the valley. He also said it was not uncommon to see nine foot waves in the Sea of Galilee. It had to be a very bad storm for the disciples - many of them avid fishermen - to think they were going to die in Mark chapter four.

Where the events of Mark chapter four exactly took place is unknown, but I could certainly envision it happening as we sailed. How bad was the wind anyway? Were the disciples panicking as they got drenched?  I imagined their surprise when Jesus said, "Peace, be still," and the storm ceased.

I also had a hard time comprehending how I could be gazing upon the very site of Jesus' ministry headquarters. Here, in the span of my peripheral vision, were the sites of so many deliverances, so many healings, so many miracles.  To think that one person, in this small place, changed the world.  I was overcome.

After landing in Migdal, we took a short drive to Tobgha. Here we find the place where Jesus restored Peter three times after his three-fold denial before His crucifixion. A church now stands over the rock where Jesus is believed to have cooked and served fish for the disciples, which was saved for posterity by the Franciscans. 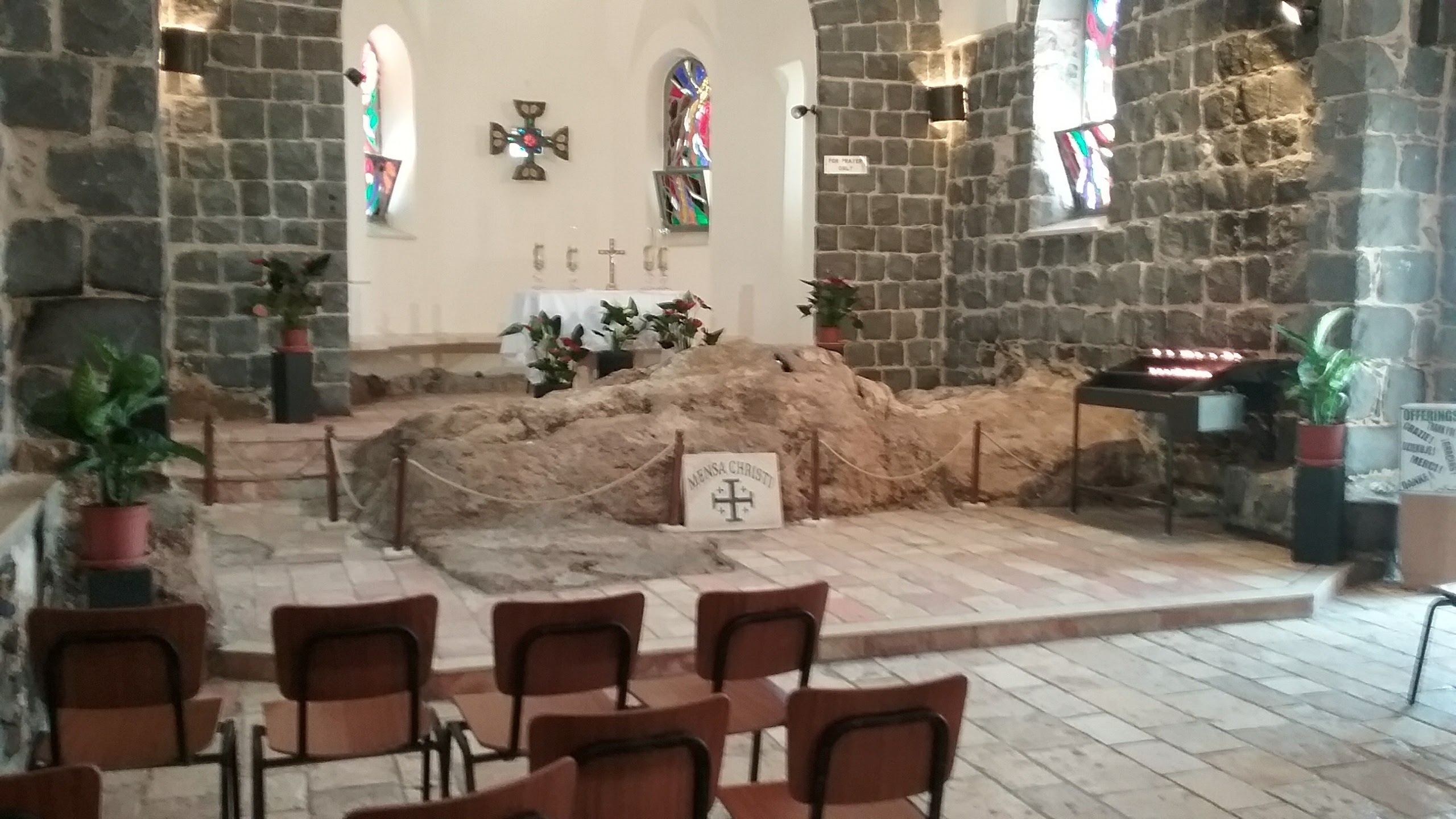 Also found in Tobgha is the believed location of the Sermon on the Mount and the miracle of the feeding of the five thousand.  This spot would have worked beautifully, as the landing is a naturally shaped ampitheater.

We went to a small restaurant near the shoreline for lunch and received a tasty meal of fresh tilapia and salads.  Our other stop for the day was the Jordan River, where 25 of our group were baptized. It was a very meaningful moment for so many, including me. 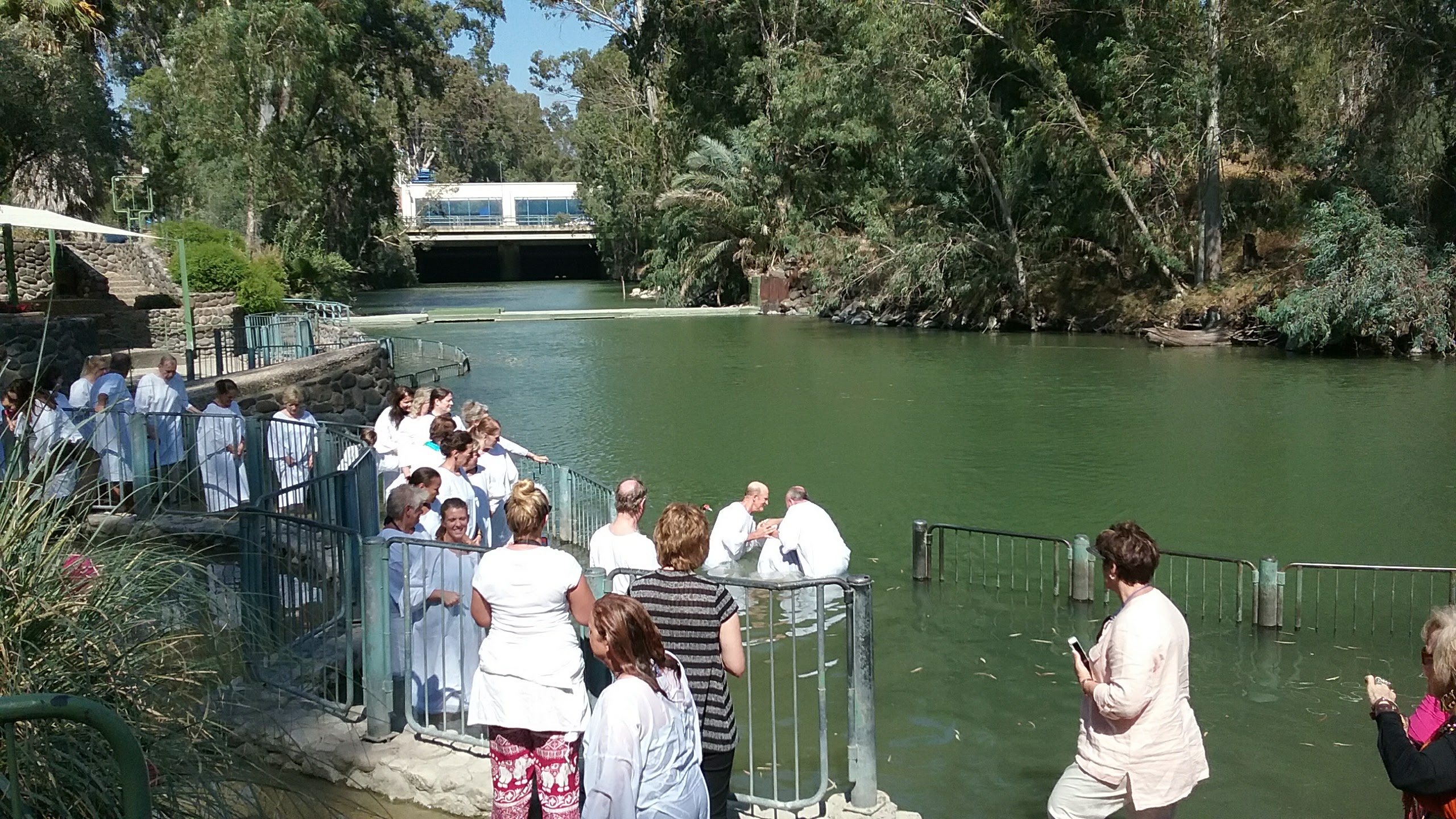 With Shabbat (Jewish for the sabbath) quickly coming upon us, and businesses closing before sundown because of it, we headed back to our hotel for the evening. Saturday's ride takes us north of the Sea of Galilee to the Golan Heights and the borders of Lebanon and Syria. Thanks for reading!