Today was a tough day  physically but I got to do something I love - study history. I have always been a fan of archaeology, so I was particularly excited about today's destination.  Today we visited the ancient site of Shiloh in the region of Samaria, which is now a part of the West Bank.

It was quite an interesting journey to get there, as we drove along the north edge of the Dead Sea and into the Jordan River valley. It was considerably dry in this area so I could not see the waters of the Jordan, but our guide assured us it was there. What has impressed me as I have traveled through the area is the large amount of farming that takes place around the Dead Sea region. The Israelis have become masters at irrigation - every plant is accompanied by a copper water pipe to bring water to it.  Even the flower beds at our hotel is irrigated this way - there is no waste of water here!

Getting to Shiloh involved entering the West Bank - and transferring to an armored bus for our time in the area.  Not that we were in danger at all, but even the children ride these armored buses to school.  Caution is apparently the norm at this point.

School was not in session for the Shavuot holiday, so Shiloh was filled with children and characters in ancient costumes were all over the site offering learning opportunities for them.  Our guide took us through a number of excavations, starting with the main gate to the ancient city.

One interesting find was that of an ancient olive press - with olives being a primary crop in this region. 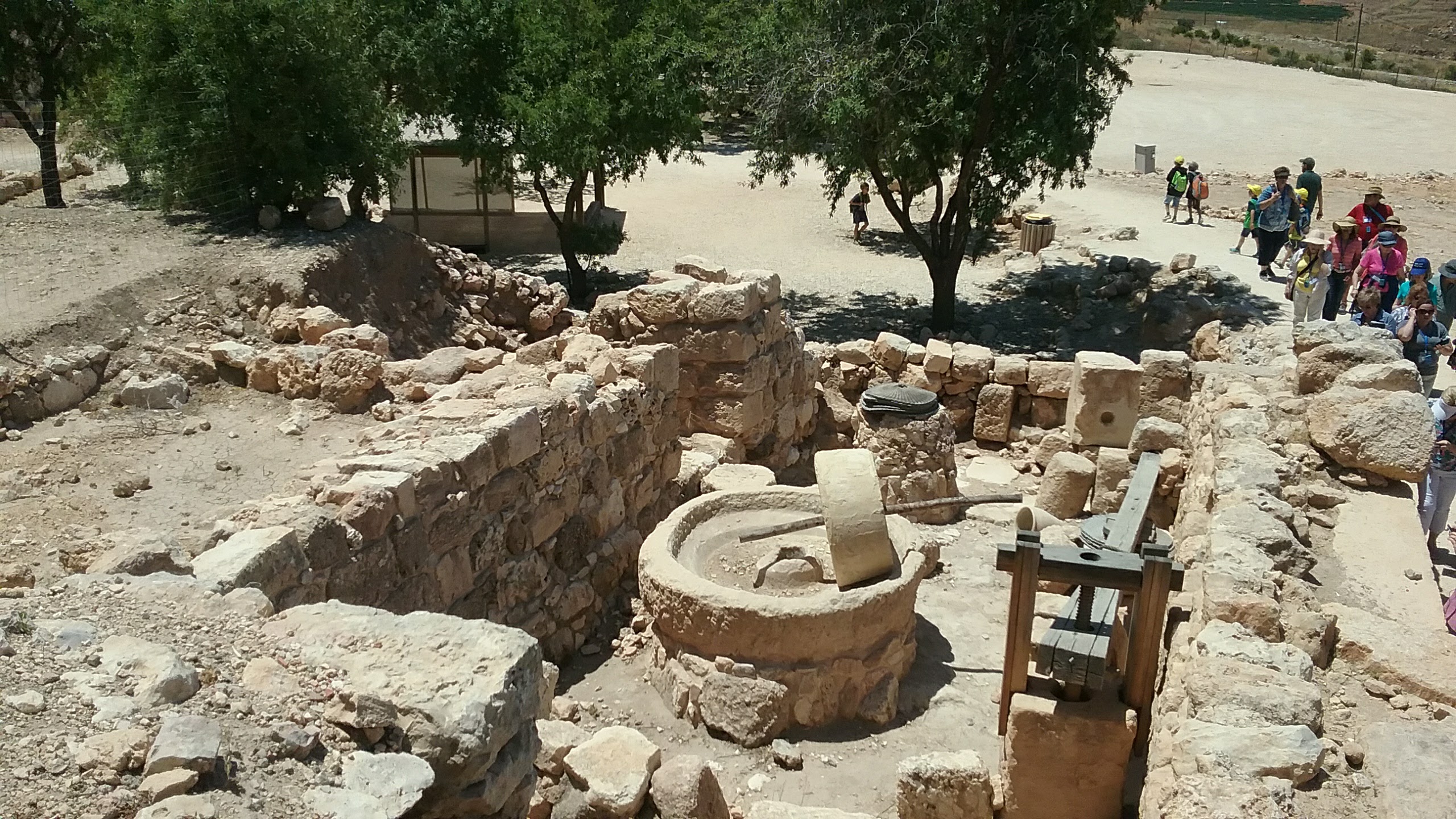 Another was this site - an excavation of a building with a beautiful mosaic floor.  It was here where two major archaeological finds were discovered that proved the location to be ancient Shiloh, and the dates of its occupation.  The building standing on top of the excavation is an old mosque. 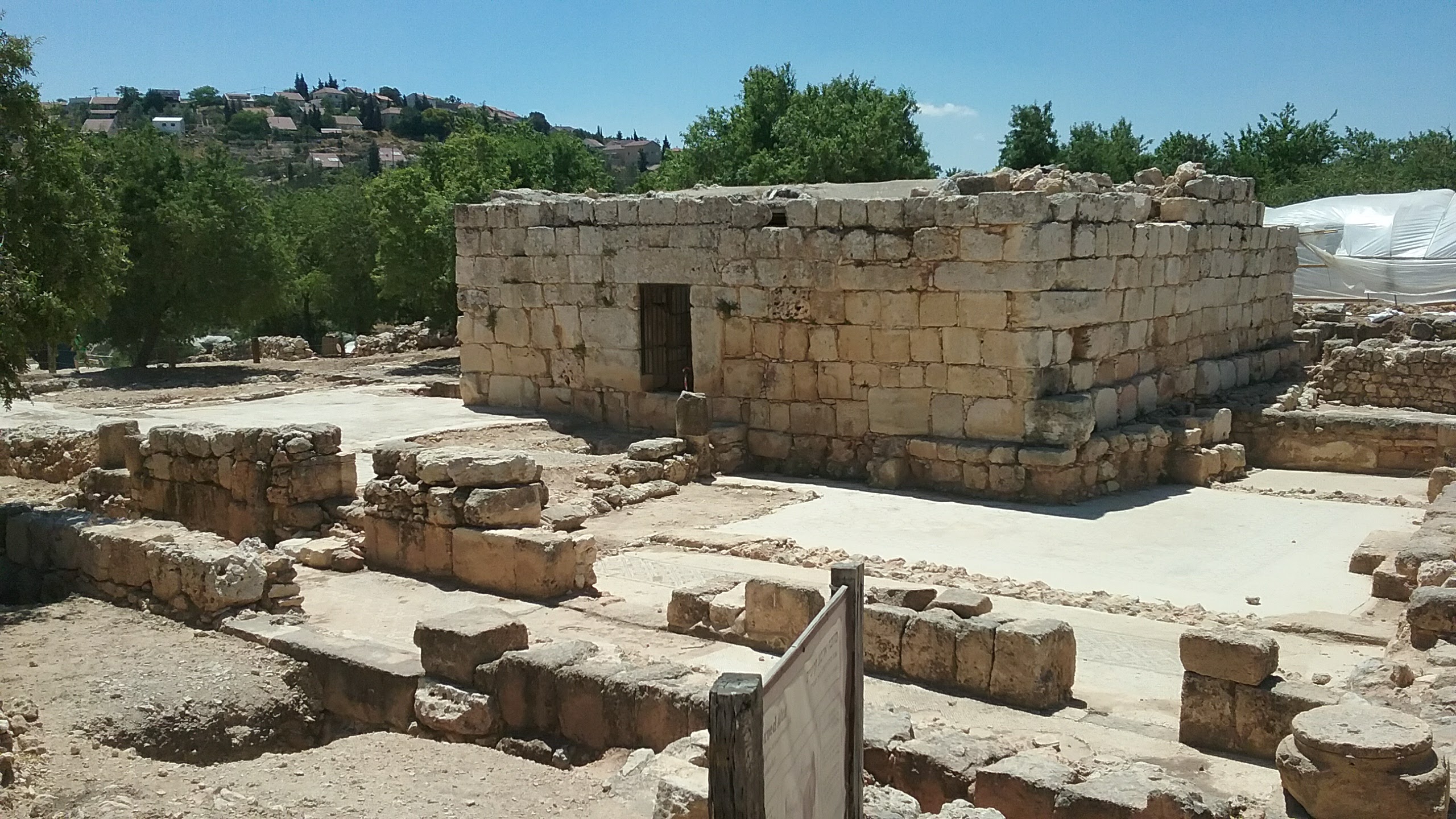 We finally made our way to the far end of the ancient city and the site of the Israelite's first tabernacle in the Promised Land. Alongside it, an active archaeological dig was taking place, which I thought was fascinating.  But what was most fascinating was where I was about to stand - on the actual spot of that tabernacle, where our guide read us the story of Hannah. 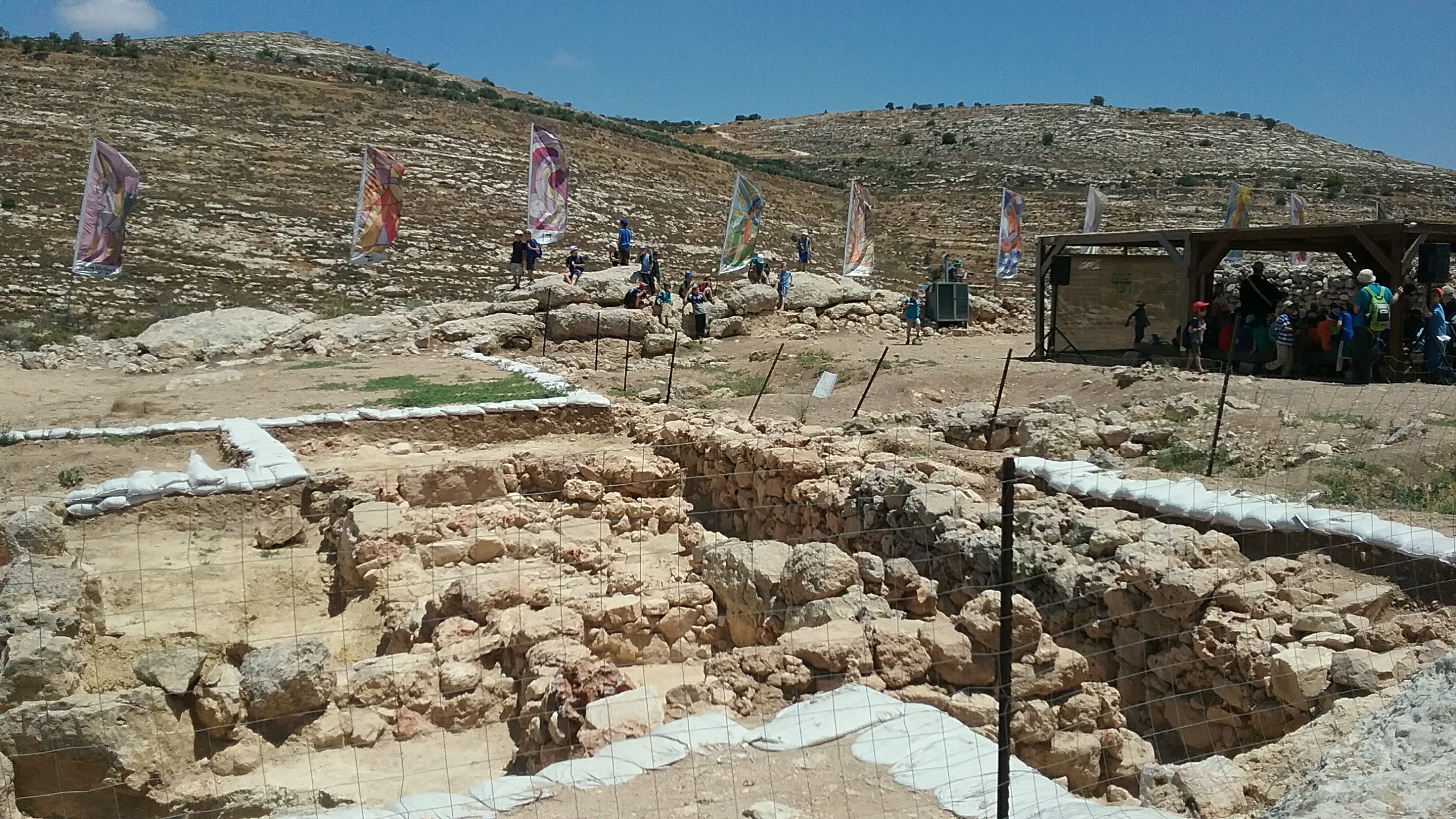 It was here, in the very spot I was standing, where Hannah made her plea before the Lord for a child. As we were encouraged to offer our own prayers to the Lord here, I couldn't help but relate to her plight.  And I could also imagine her returning to that very same spot to bring her son Samuel to live in Eli the priest's care. God answers the prayers of the barren and the hopeless.  I was greatly encouraged.

Our journey took us to another town in the West Bank, the city of Ariel.  Our time there was focused on the Israel of the present and the future, as the city grew from nothing more than a vision in 1978 to a town boasting a population of 20,000 Israelis.  Rapid growth and the dedication of Jews looking to return and claim this homeland have turned the city into a modern community filled with life.  A great community with great potential.

We traveled to the city of Tiberias in time for a late dinner and tomorrow, we are on the Sea of Galilee. We're in the heart of Jesus' headquarters, so the next few days should be glorious!