The Wilderness of En Gedi

It's day two in Israel and after a good night's sleep, our group finally got out to do what we were here for - see the land of the Bible and learn about the country that we as believers hold dear.  It was a short day of touring as we were granted an afternoon of sunbathing and a dip in the Dead Sea, but what we saw today was impactful, and a taste of what was to come.

Our trip today took us to a site along the Dead Sea called En Gedi.

In the Bible, it's called the Desert of En Gedi, the Wilderness of En Gedi, or in one translation I found, the "crags of wild goats." En Gedi is most accurately translated as "spring mountain goats," which to me brings the best description of the area -- a green oasis in the desert, home to wild mountain goats and other animal life.

En Gedi is a valley nestled in a tight cluster of mountain bluffs that has a small river running through it. It is currently a nature park and wildlife reserve, with a surprising number of, yes, goats; acacia and date trees, and hiking trails that will take you well up the hillside. You read about En Gedi in a number of sections of scripture - one being Song of Solomon 1:14, where the female speaker identifies her beloved as "a cluster of henna blossoms from the vineyards of En Gedi," but the most dramatic reference to En Gedi is in 1 Samuel 23 and 24. 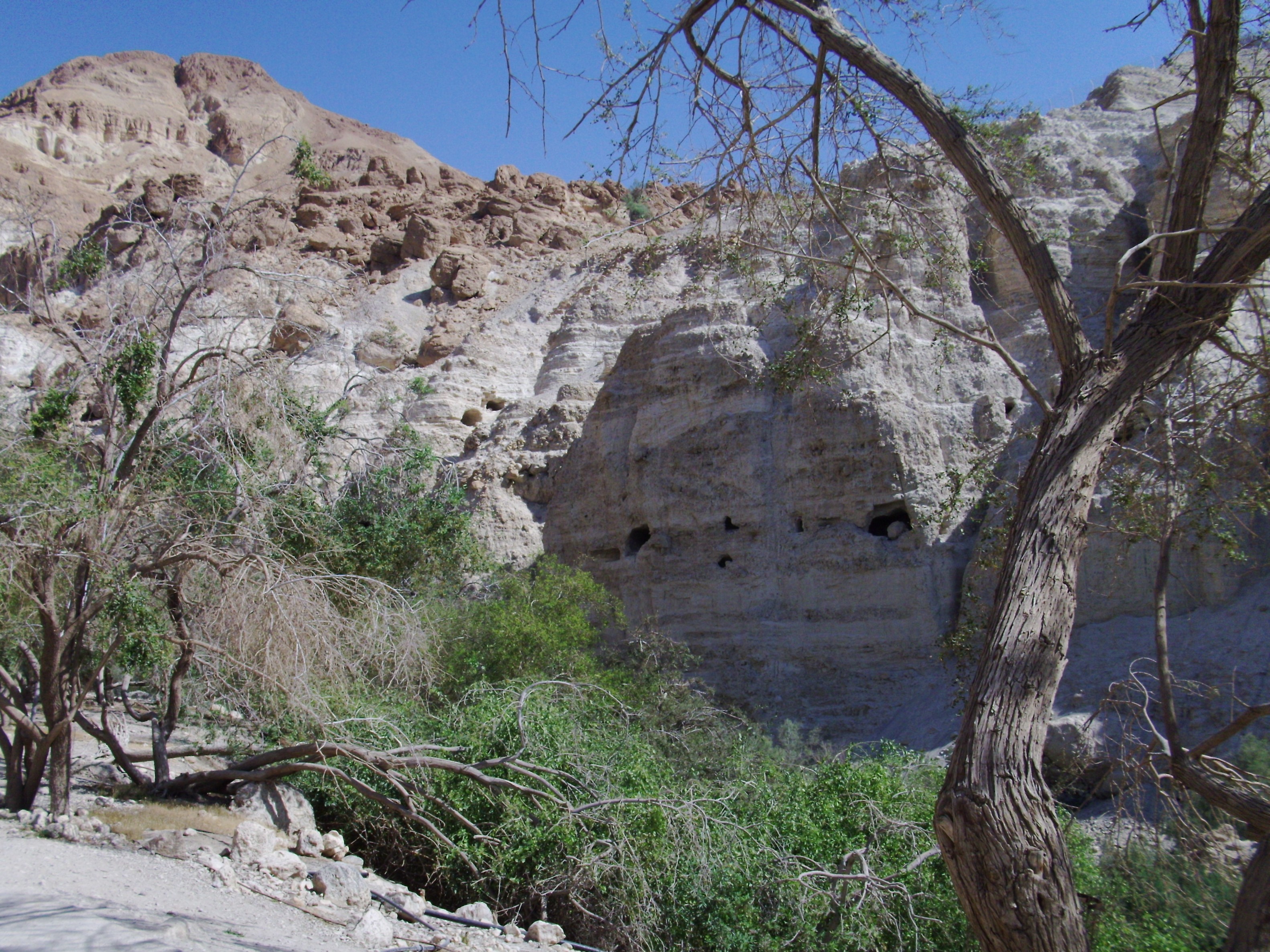 Standing in this place, I couldn't help but wonder how David and his 400 men could survive here, but with an abundance of animal life and a steady water supply, it was possible. What I didn't know was how anyone could get up to those caves with any kind of speed. A number of us wondered about that.

We also made some new friends in the wildlife of En Gedi, especially this little guy who loved to sunbathe. 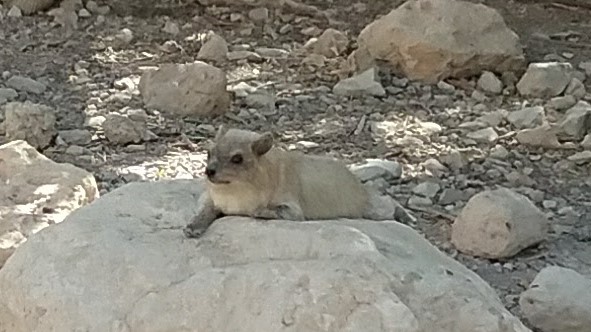 This coney, also known as a hyrax, posed perfectly for us to take pictures. Similar to a badger or a rabbit, the coney is actually related more to a rhinoceros and is talked about in the Word in places such as Proverbs 30:26, Psalm 104:18 and Deuteronomy 14:7.  They are an interesting animal - one resource I found says that the coney's feet are not formed for digging, and because of that, the coney can't make its home in burrows. Instead, they reside in the clefts of the rocks. How convenient to use En Gedi as the perfect place of refuge.

I spent a short time this afternoon taking a swim in the Dead Sea.  Everything you hear about that experience is true.  I couldn't get in the water past my waist without the oh-so-salty water lifting me up off my feet. I float easily to begin with, and I couldn't even get my neck wet, the water made me so buoyant.  I spent about a half hour in the water, just floating there, taking in the view. It was mentioned that my view to the west - the country of Jordan, with its hilly terrain - may have been near to the site of Sodom and Gomorrah.  I didn't have a local to tell me for sure, but maps say it is close.  With all the salt and mineral deposits on and near the Dead Sea, it would seem a logical place for Lot and his wife to be, considering her end.  Salt, anyone?

Tomorrow is a big travel day, with our group heading to stops in the West Bank and ending in Tiberias and a hotel on the Sea of Galilee. There's much more to come, too - thanks for checking in on us!